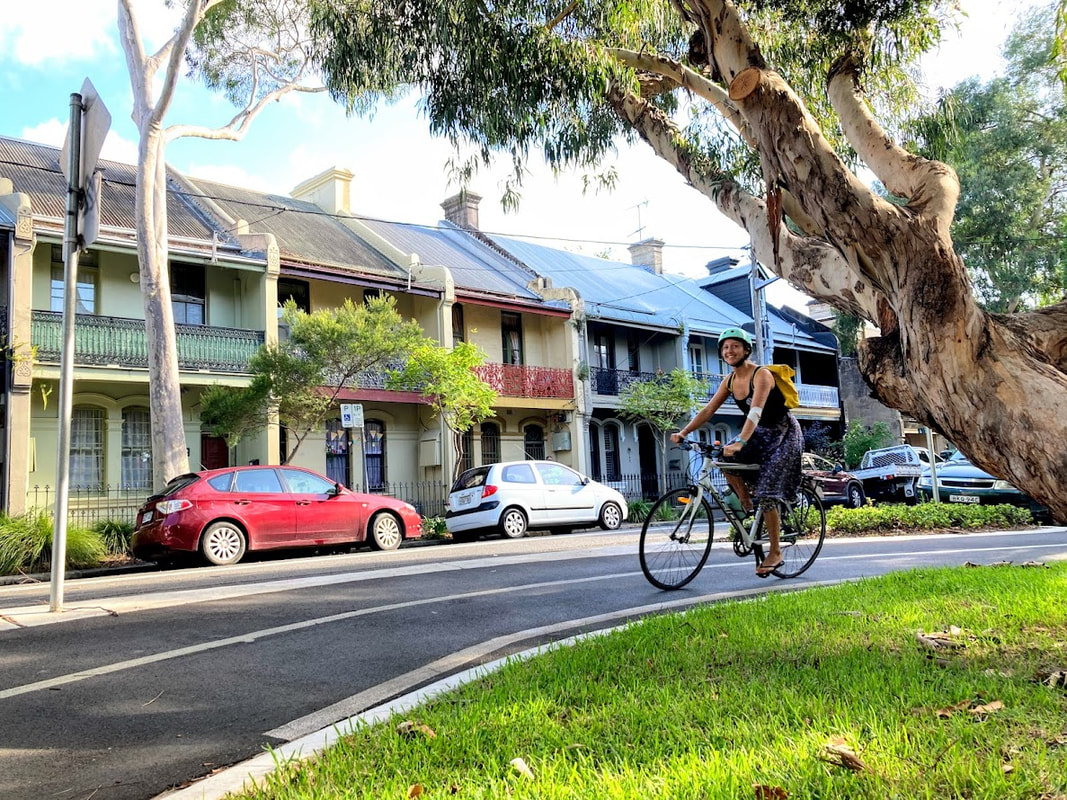 Walking and cycling research - attitudes, behaviours, barriers and motivators in 2021

The City of Sydney commissioned research into the active transport attitudes and behaviours of inner Sydney residents again this year and results show a strong increase in interest and participation since the research was last done in 2017.

Top line results
91% of residents are interested in walking more, up from 84% in 2017. There was a statistically significant increase in people saying they are “very interested” in walking more.
The factors which will most influence people to “definitely more likely to walk” are wider and better-quality footpaths, more pedestrianised streets in the CBD, clean and tidy streets, and pedestrian priority at CBD intersections.
The proportion of residents who ride a bike regularly has increased from 7% to 18%. Over half of the regular riders only started riding in the last two years, an increase from past surveys. 52% started riding after finding out good places or routes to ride, more than double past surveys, and peer encouragement has also more than doubled. There has been a significant increase in how safe riders feel – 60% feel at least moderately safe.
Residents who have a bike but don’t use it much are significantly more interested in riding than in the last survey. 76% of infrequent and potential riders are interested in riding more. The main barrier is fear of riding with traffic, though there has been a significant drop in safety concerns among infrequent riders. Availability of bicycle paths separated from traffic continues to be the most effective measure at getting them to ride more. 68% of potential riders (i.e. that don’t currently have a bicycle) would be “definitely more likely” to ride with separated bike paths available to them.

Background
The City of Sydney carried out research into cycling behaviours, attitudes, and barriers in 2006 as part of the development of the previous Cycle Strategy and Action Plan 2007-2017, and repeated it in 2009, 2011, 2015 and 2017. From 2017 the survey included walking.
The current Cycling Strategy and Action Plan 2018-2030 has measures and targets for which this regular study is the data source.
This research highlights walking barriers and motivations, the proportion of non-riders, potential riders, infrequent riders and regular riders, their reasons for not riding more and what measures would encourage them to ride more, as well as how this is changing as the Cycle Strategy is implemented and as a result of COVID-19. It was an online survey of 1,500 adult Sydney residents living within 10 kms of the city centre, weighted to the census, with a 95% confidence level.
​
Progress against Cycling Strategy and Action Plan targets
The significant increases in cycling and perception of safety since the last survey means that the City of Sydney have already exceeded the Strategy interim targets for perception of safety and confidence.
The proportion of people who ride who feel somewhat to very safe when riding in Inner Sydney was 53% in 2017 and the target for 2023 was 60%. The 2021 survey result is 79%.
The proportion of people who ride who feel confident when riding in Sydney went from 75% in 2017, to 86% this time, exceeding the target for 2024 of 77%. 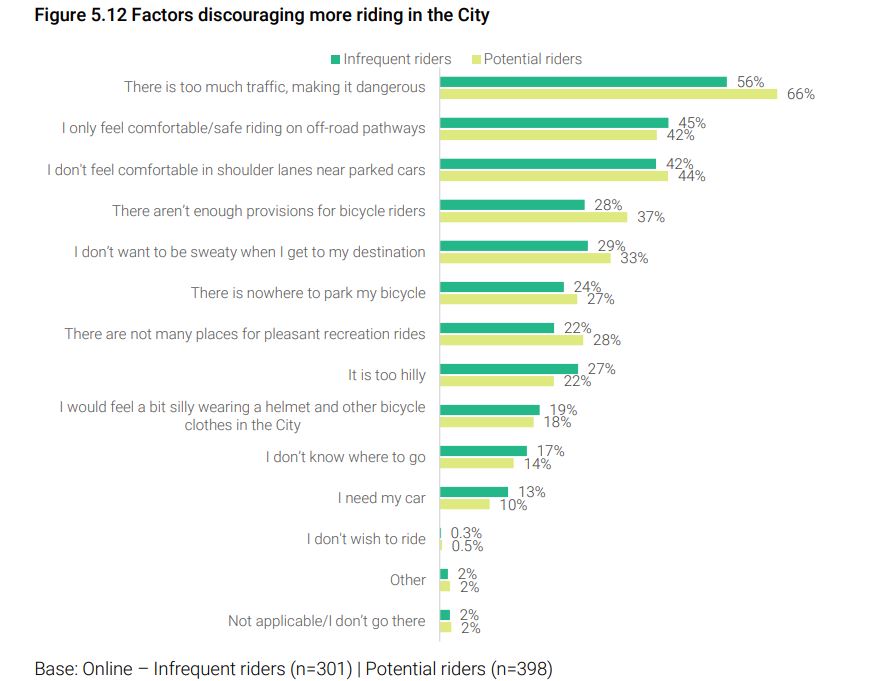 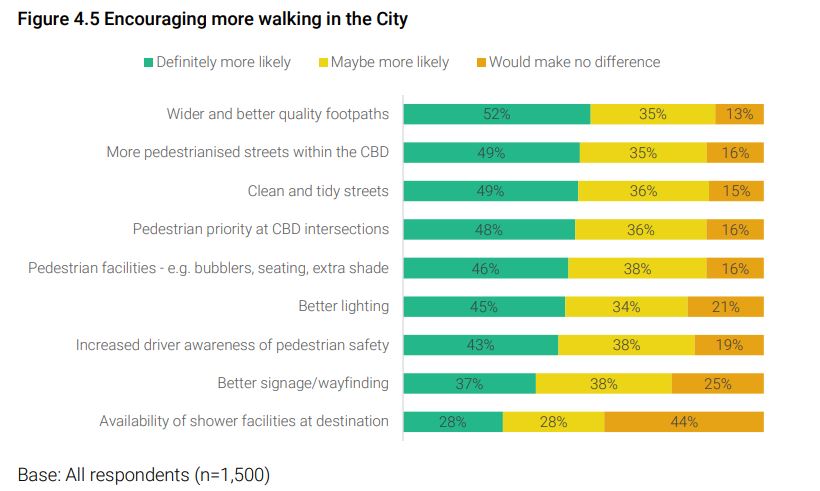